All of us spend so much of our time indoors. What we don’t realize is that our homes may contain mold or volatile organic compounds (VOCs) that can be dangerous to our family’s well-being. Indoor air contaminants range from minor issues and aggravations such as animal dander and dust, to major irritants such as mold and potentially hazardous chemical vapors created from things like building materials and even home furnishings. Thus, bad allergies, asthma, and other respiratory sicknesses can be enhanced by these hazardous substances found in your home’s poor quality air.

Many species of moulds are thought to be relatively harmless to humans; however, some moulds are known to produce spores containing allergens which can cause allergic reactions particularly for people with asthma, bronchitis, hay fever, or allergies. Symptoms such as runny nose, eye irritation, skin rash, cough, and congestion are the most common complaints. Other species of moulds produce spores containing potent toxins known as mycotoxins. One species of mould stachybotrys chartarum, (also known as stachbotrys atra) is probably the most studied, and is being investigated as the cause of a sometimes fatal pulmonary haemorrhage (bleeding of the lungs) in infants. Mould exposure seems to affect individuals differently, and to varying degrees, depending on the species of mould, the level and duration of exposure, and the susceptibility of the person exposed. Reactions from mould exposure can range from mild allergic reactions to severe respiratory infections. 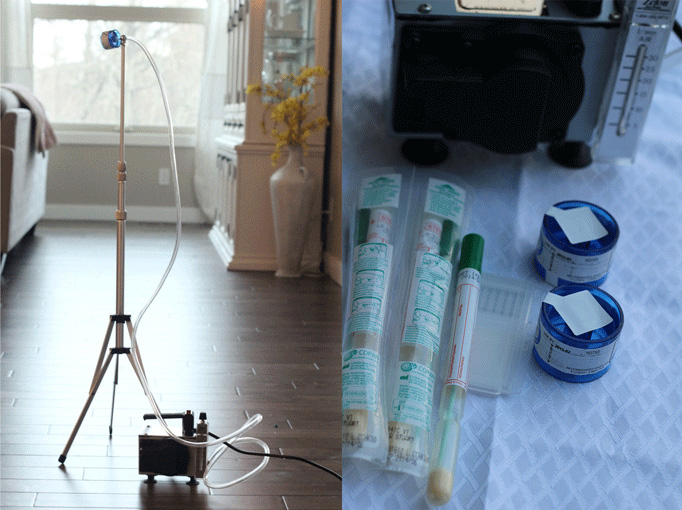 We Test is the best source for the most affordable cost & accurate measure of residential air quality available, with the highest standards for inspection and testing expertise.

We offer the following forms of mold testing services:

Give us a call or click below to find out more!